I’m sick of reading how all the horrible and entirely predictable consequences of the CDC Opioid Prescribing Guideline were “unintentional” and “unforeseeable”.

The broad misinterpretation of the CDC’s Opioid Prescribing Guideline as establishing fixed limits on opioid prescribing has stranded hundreds of thousands of pain patients in agony without the effective relief they had achieved with opioids.

Yet we are expected to believe that these consequences were “unintentional” and “unforeseeable” by the guideline authors. Most pain patients realized right away that these “suggestions” would become codified rules, no matter how little evidence supported them-and we were even more right than we ever imagined. 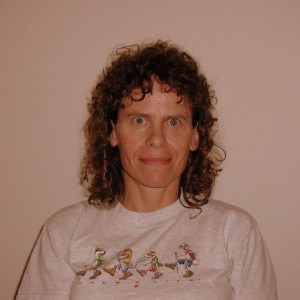 Considering the public positions of the carefully selected people who were allowed to write the guideline, their intentions were clear to anyone familiar with their fervent anti-opioid beliefs and opinions.

When the guideline so strongly discourages opioid prescribing and insinuates a risk threshold at 90MEDD, was it “unintentional” that it would lead to the conclusion that opioids are unacceptably dangerous and should never be prescribed over 90MEDD?

The use of this guideline to standardize doses of medication for all Americans is a radical retreat from the modern trend toward individualized medicine. It makes no sense to stipulate standard doses to treat such an ill-defined and variable symptom as pain.

Legitimate opioids doses can vary by a factor of 100 (yes, literally) between individual patients in their individual situations, with their individual body chemistry, individual metabolic abilities, and individual health histories. It is for this reason that the medical literature has rightfully abstained from identifying standard dosing or an upper dose limit for opioids.

Was it unintentional to insinuate a significantly higher categorical risk at a certain number of milligrams?

In the otherwise ambiguous and indeterminant realm of pain and its relief, the guideline writers did what researchers and doctors have never been able to justify with current evidence. The guideline specified a standard number of milligrams, a mostly fabricated but measurable data point, for risk ranking.

Was it unforeseeable that bureaucrats, politicians, and even doctors would immediately latch onto this number to use as an upper limit of permissible opioid prescribing?

It was PROP, Physicians for Responsible (and restrictive and punitive) Opioid Prescribing, that instigated and lobbied for the writing of the CDC’s guideline, portions of which were cribbed right from the PROP organization’s own PROPaganda, anti-opioid to the extreme, and without sufficient evidence.

PROP’s leader, A. Kolodny, equates our best and sometimes only option for true pain relief with an illegal street drug, calling our pain medications “heroin pills”. His position is that opioids are not effective for chronic pain, that we are taking them only to avoid opioid withdrawal symptoms, not to treat the pain that started us taking them.

Therefore, he advocates for forced opioid dose reductions across the board, ideally to zero, but at least to below the 90MME “magic number” mentioned in the guideline as requiring more careful consideration. This number has been widely, and wrongly, interpreted as conferring a threshold of increased risk for overdose.

Mr. Kolodny sees no value in opioids for long-lasting pain, only for acute pain of at most a few weeks, so he cannot begin to comprehend the reality that chronic pain patients live in.

Misled and inflamed by the flood of anti-opioid hysteria in the media, most of the public believes the crisis of overdoses is from opioid medications, possibly diverted or scammed, but prescribed by doctors.

Thus, the anti-opioid crusaders are convinced they must reduce the amounts of opioids prescribed. They firmly ignore all other possibilities, deaf to our cries of agony and blind to our subsequent suicides, as they doggedly pursue their drug-warrior fantasy: pain management without opioids, except very rarely, very briefly, and very reluctantly.

Even today, there is little mention of the real culprit in the rapidly rising number of overdoses: illicitly manufactured fentanyl.

Cheap, ultra-potent, and deadly even in tiny amounts, fentanyl has already contaminated much of the black market drug supply. Drug users purchase what they believe to be their “normal drug and dose” but the concentrated power of added fentanyl sends them into respiratory depression and death.

That’s what’s causing the overdoses, not prescribed medications. Overdoses are still increasing while opioid prescriptions are at 10-year low.

This is not an “opioid crisis” – it’s a heroin and fentanyl crisis. And to make matters even worse, the CDC recently admitted that it has been over-counting prescription opioid overdose deaths by erroneously categorizing street fentanyl as a “prescription opioid”.

It is as though the anti-opioid crusaders cannot quite believe that “real” chronic pain exists, leading them to conclude that patients are complaining of intractable pain only to get the drugs we need to feed the inevitable addiction we’ve developed.

By denying patients this effective treatment of last resort, the only one that makes our painful lives bearable and worth living, they believe they are rescuing us, setting us free from the nightmare of addiction.

And when we are finally forced “off” opioids and established in one of the unregulated and insanely profitable addiction recovery centers sprouting all over the country, we will see “the truth” and finally recognize them as the virtuous heroes they believe themselves to be. I think not.

Because the prevailing winds of the cultural “war on opioids (and pain patients)” have been blowing into their sails for so long, these anti-opioid crusaders are unaware that their driving cause is only hot air and based on popular click-bait memes, not reality.

To correct the errors and gross bias of the CDC Opioid Prescribing Guidelines, which would only heap more convoluted and imprecise conditions onto what is already scientific garbage, let’s throw them out and start over.

“Adding a spoonful of wine to a barrel of sewage makes more sewage, but

Adding just a spoonful of sewage to a barrel of wine still makes sewage.”

Until she was disabled by progressive pain and fatigue from Ehlers-Danlos Syndrome and Fibromyalgia, Angelika was a high tech IT maven at Apple and Yahoo, and a competitive endurance athlete. She lives in a rustic cabin in the redwood forests of the Santa Cruz Mountains just up the hill from Silicon Valley with her husband and various 4-legged kids.

When her pain allows, she spends her limited energy researching, writing, and blogging about Chronic Pain, EDS, and Fibromyalgia at https://EDSinfo.wordpress.com and writes poetry to sustain her sanity.